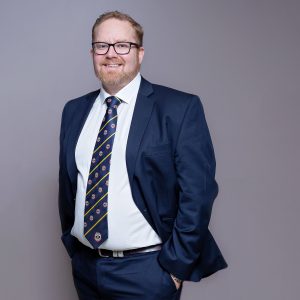 Dr Tuckett completed his medical degree in 2010 at The University of Queensland. He then spent 3 years working in the medical field in Australia and Ireland before commencing his dental and Oral Maxillofacial specialist training.

Dr Tuckett grew up in Central Queensland just south of Mackay and prior to completing his Medical and Dental Degrees, he undertook a Nursing degree in 2003 at the Queensland University of Technology. He worked as a Registered Nurse in the Emergency Department for several years before undertaking his primary Medical degree at the University of Queensland, completing this study during 2010. He continued at the Royal Brisbane and Womens’ Hospital to undertake his medical residency years then travelled to Ireland to undertake a year as an ENT Registrar at the South Infirmary Victoria University Hospital where he also lectured at the University College Cork.

With a passion for maxillo-facial surgery, Dr Tuckett returned to the University of Queensland in 2013 and completed his Dental degree with first class Honours. In 2016 he commenced his specialist Oral and Maxillo-facial training in Queensland and was awarded the prize for the highest national score in the primary exam. His specialist training included appointments at the Royal Brisbane, Princess Alexandra, Mater Public, Lady Cilento Children’s, Townsville, Ipswich, Logan and Toowoomba Hospitals. He went on to obtain his fellowship from the Royal Australasian College of Dental Surgeons in the specialist field of Oral and Maxillofacial Surgery.

He currently has public appointments at the Princess Alexandra and Mackay Base hospitals where he works to train the new generation of surgeons and when away from work enjoys spending time with his wife and young family. He has interests in fishing, rugby, cricket and the outdoors.